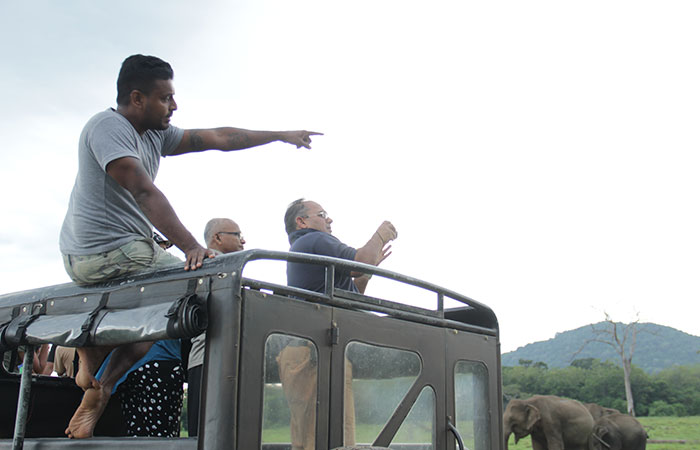 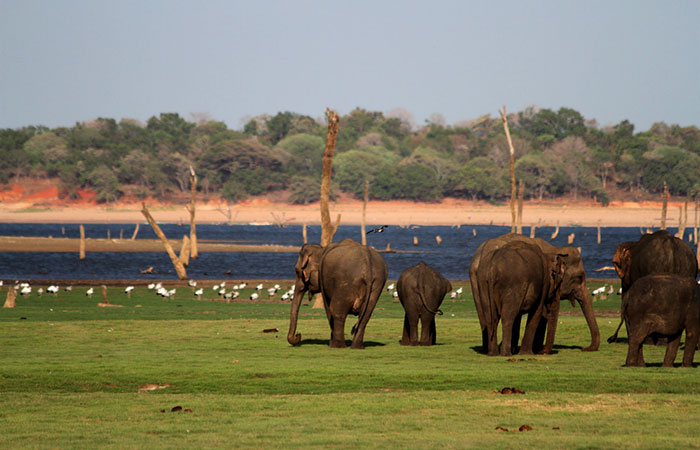 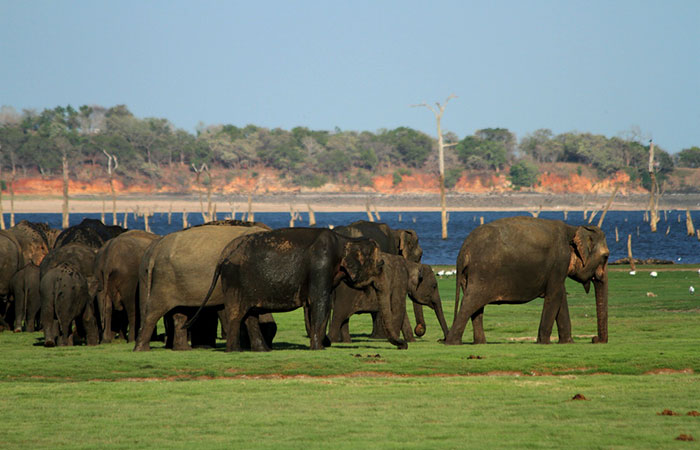 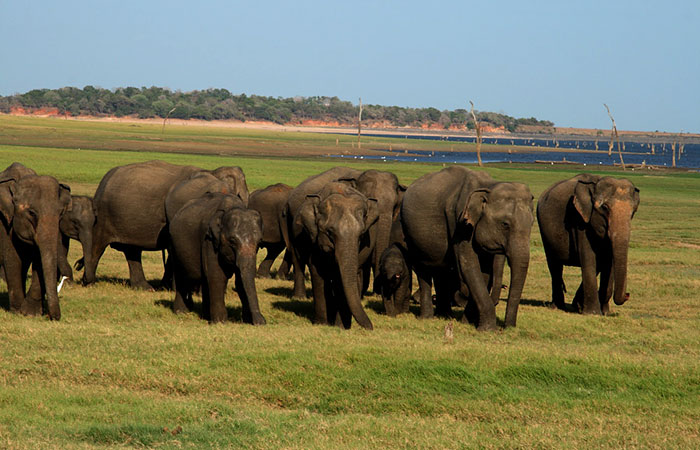 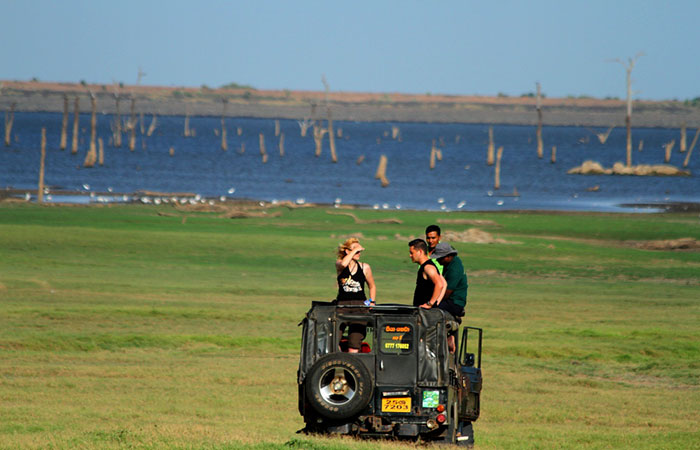 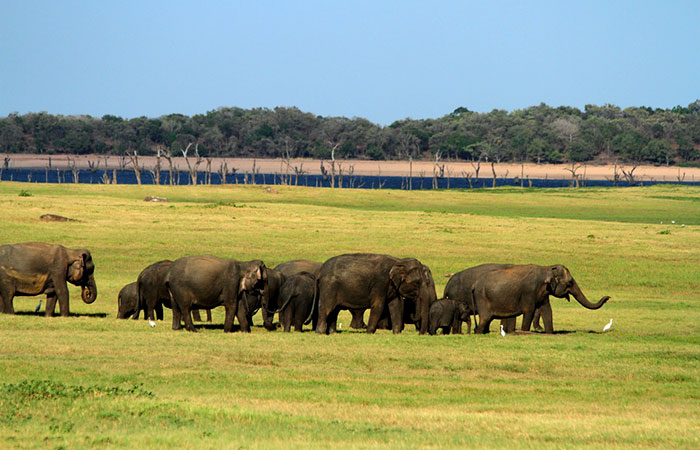 The Minneriya National Park is famed for its “Elephant Gathering”, a spectacular phenomenon during the long dry seasons, when hundreds of Elephants, both the adults and young along with a few tuskers, sometimes numbering close to 200 (with some sightings claiming close to 700) can be seen feeding on the grasslands bordering the tank, with others cooling off in the giant tank. This annual event considered to be the largest Wild Elephant gathering in South Asia attracts many wildlife enthusiasts to take on a safari in Minneriya National Park to observe and experience this unique wildlife spectacle.

In addition to the Elephant attraction at the Park, it also has an abundance of wildlife which makes it a preferred destination to go on a safari. This includes 24 species of mammals, such as endemic monkeys; purple-faced langur and toque macaque, sambar and axis deer, the grey slender loris, and the less frequently seen Sri Lankan leopard and Sloth bear. The Minneriya Reservoir has been a welcome refuge for large water birds such as Lesser adjutant, Painted stork, and Spot-billed pelican in addition to resident and migratory bird species totaling 160. Amongst the endemic birds are Sri Lanka Jungle fowl, Sri Lanka hanging parrot, Brown-capped babbler, Sri Lankan grey hornbill, Black-crested Bulbul, and Crimson-fronted barbell. A safari in Minneriya National Park is a key activity during bird watching tours in Sri Lanka. Nine species of amphibians such as Fejervaya pulla and Polypedates cruiger have also been recorded from the park along with 25 species of reptiles, of which eight are endemic, the endangered Painted-lip lizard and Lankascincus fallax, Saltwater crocodile, Indian python, Asian water monitor, and the Bengal monitor amongst others 26 species of fish of which four species are endemic to Sri Lanka and 75 species of butterflies.

The afternoon safari in Minneriya National Park starts at 3 PM and finishes at 6 PM. This is an all-inclusive Jeep safari and one of the most popular safari tours in Sri Lanka to see Elephants in large herds especially in the months of July and August. The regular pick-up time will be 2.15 PM from Habarana and Sigiriya area hotels. All Jeeps are equipped with an Icebox and a free pack of light refreshments.

We offer free pick up and drop from all hotels in Habarana and Sigiriya areas for this afternoon safari in Minneriya National Park. 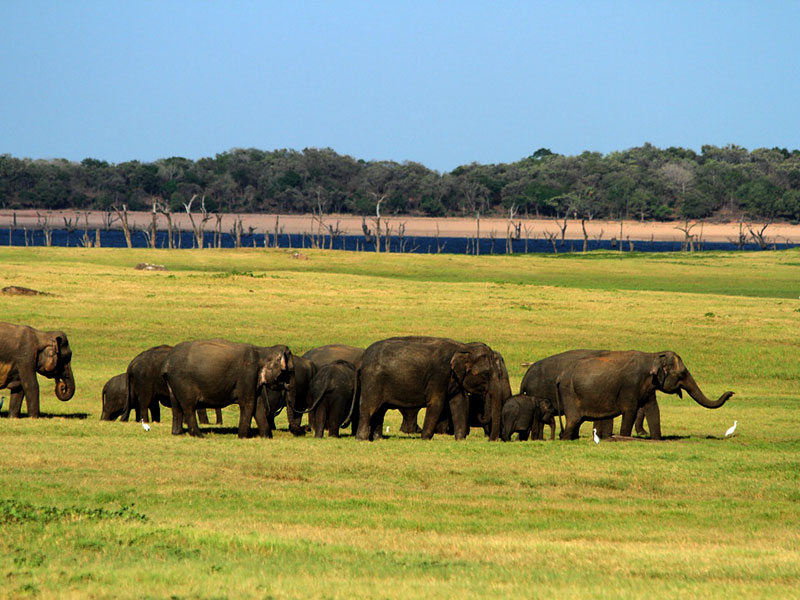 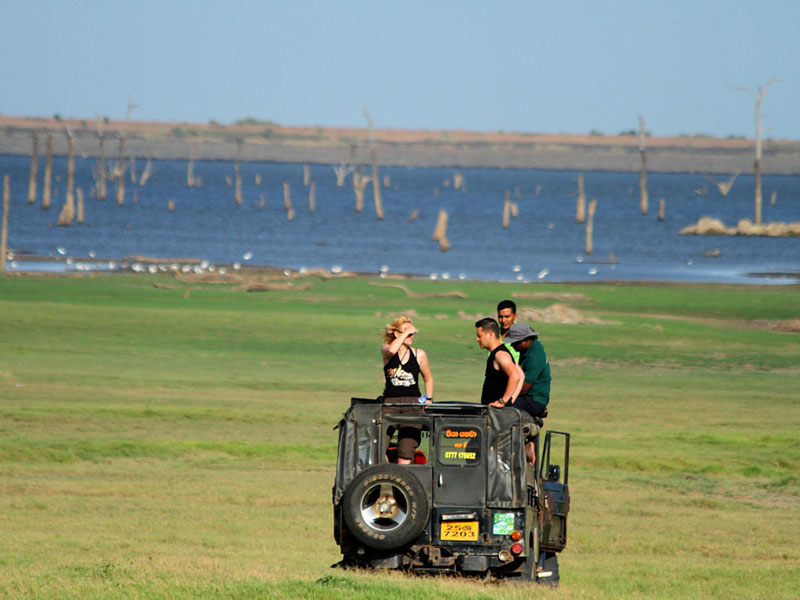 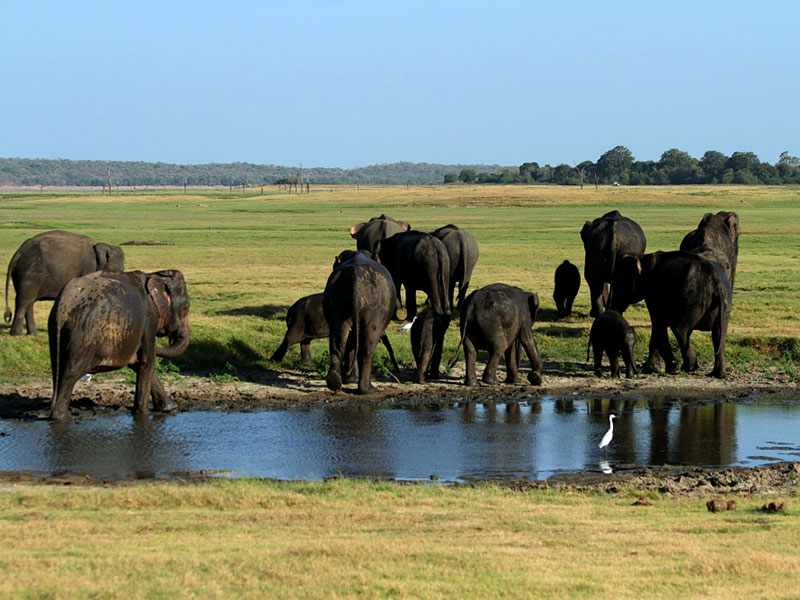 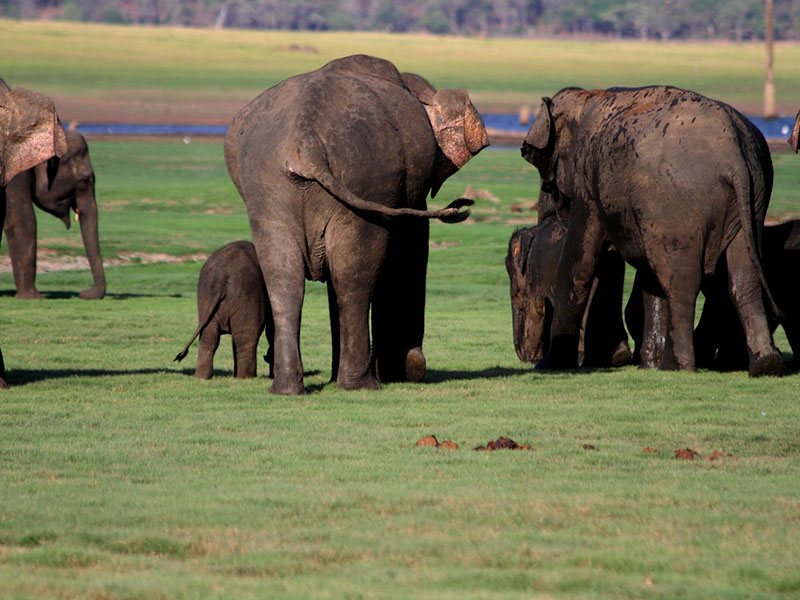 All rates are in US Dollars

Saw lots of beautiful elephants. :-) in their natural habitat